30 Years “Pompöös” – Harald Glööckler, one of the most colourful personalities of the fashion world, celebrates an anniversary! This occasion alone would have been a good opportunity for new photos, but on top of that, the fashion designer and entrepreneur is publishing a new motivational book this fall, too.

For the book cover shot and further anniversary photos, he hired pro photographer Frank Altmann from Wuppertal (Germany), with whom he has successfully realized shoots for covers and lifestyle magazines before.

Frank Altmann used the Fujifilm GFX 50s medium format camera and aimed for a brilliant light, to make Haralds luscious jewelry and other accessories shine. At the same time, the light should be flattering to the skin and create a beauty look.
That’s why Frank chose our Grand 120 Softbox for the light modifier, where he installed an Integra Plus monolight indirectly on the inside via the Bounce Adapter.

With the removal of the front and inner diffuser of the softbox, plus the indirect mounting of the flash, he received a particularly brilliant and vivid light, which additionally provides good color saturation. 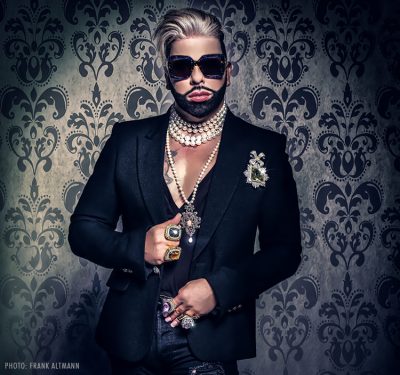 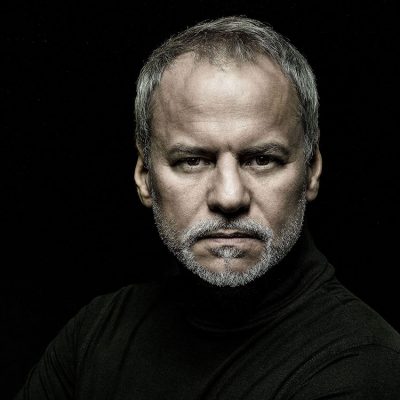 Frank Altmann has established his reputation as a celebrity photographer for the last 25 years and is about to be included into the exquisite circle of X-Photographers.
Not only does he photograph the rich and famous on the red carpet with the Fujifilm X-T2 and the X-Pro2 everywhere in Europe, he also portrays them in his mobile studio with reliable light equipment from Hensel. His latest addition to the camera team, and used in this shoot: the Fujifilm GFX 50s mirrorless medium format camera.

Discover more about Frank Altmann and his work here: www.frankaltmann.com

Back to overview Special photos for unique moments: Wet plate photography with Tria 6000 S Review: "Fashion at the Airfield Workshop 2017" with Porty L 1200