Review: In the Light of Hensel – Lighting Masterclasses in Moscow

Our distributor for Russia, A. Foto, holds a series of masterclasses and other events about photography and lighting under the name “In the Light of Hensel”. At the beginning of March 2018, one of these events took place at Hensel dealer “Photogora” in Moscow.
Hensel Brand Ambassadors Alexey Dovgulya and Alexander Khokhlov acted as the competent lighting experts this day.

The masterclass by Alexey Dovgulya was devoted to “Professional work with studio lighting – Shooting with short flash duration”.

Alexey was talking about professional use of lighting equipment, which is not just a matter of creating good shots , but also the exact completion of a task set.
Often, even an experienced photographer doesn’t always manage to get the desired result at once. There are pitfalls in every kind of work, especially in such a creative work as photography.

The brief but in-depth masterclass helped to figure out the solutions for fixing problems and popular misbeliefs related to light settings. 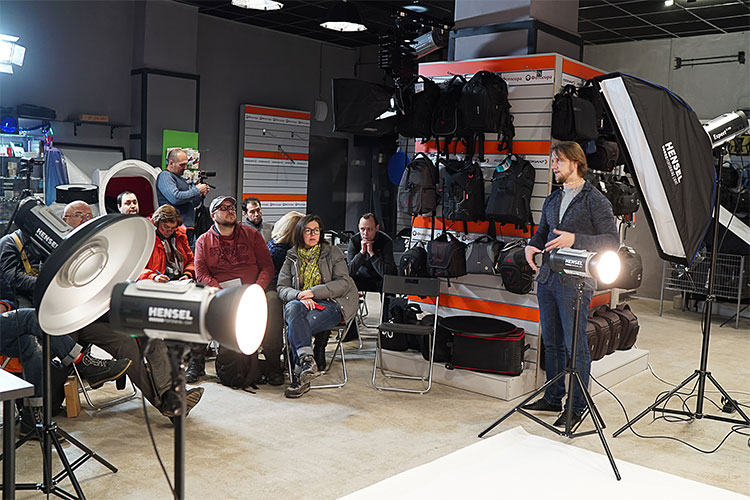 Alexander Dovgulya – professional sportsman, baseball champion of Russia, and also Alexey’s brother – posed as the model. In the course of the master class, the methods of “freezing” a model in motion as well as use of Freemask were demonstrated. Alexey used the Expert D monolights series for this, which is ideally suited thanks to the very short flash duration times and rapdig recycling times. 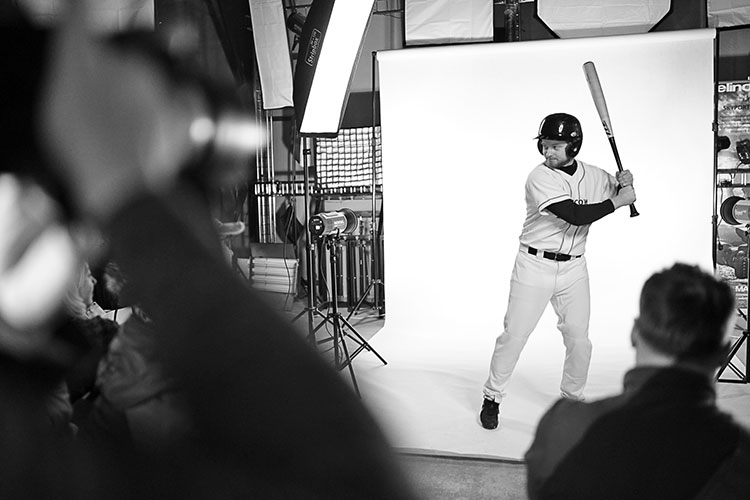 Here is an example for one of the final composings done with the help of freemask: 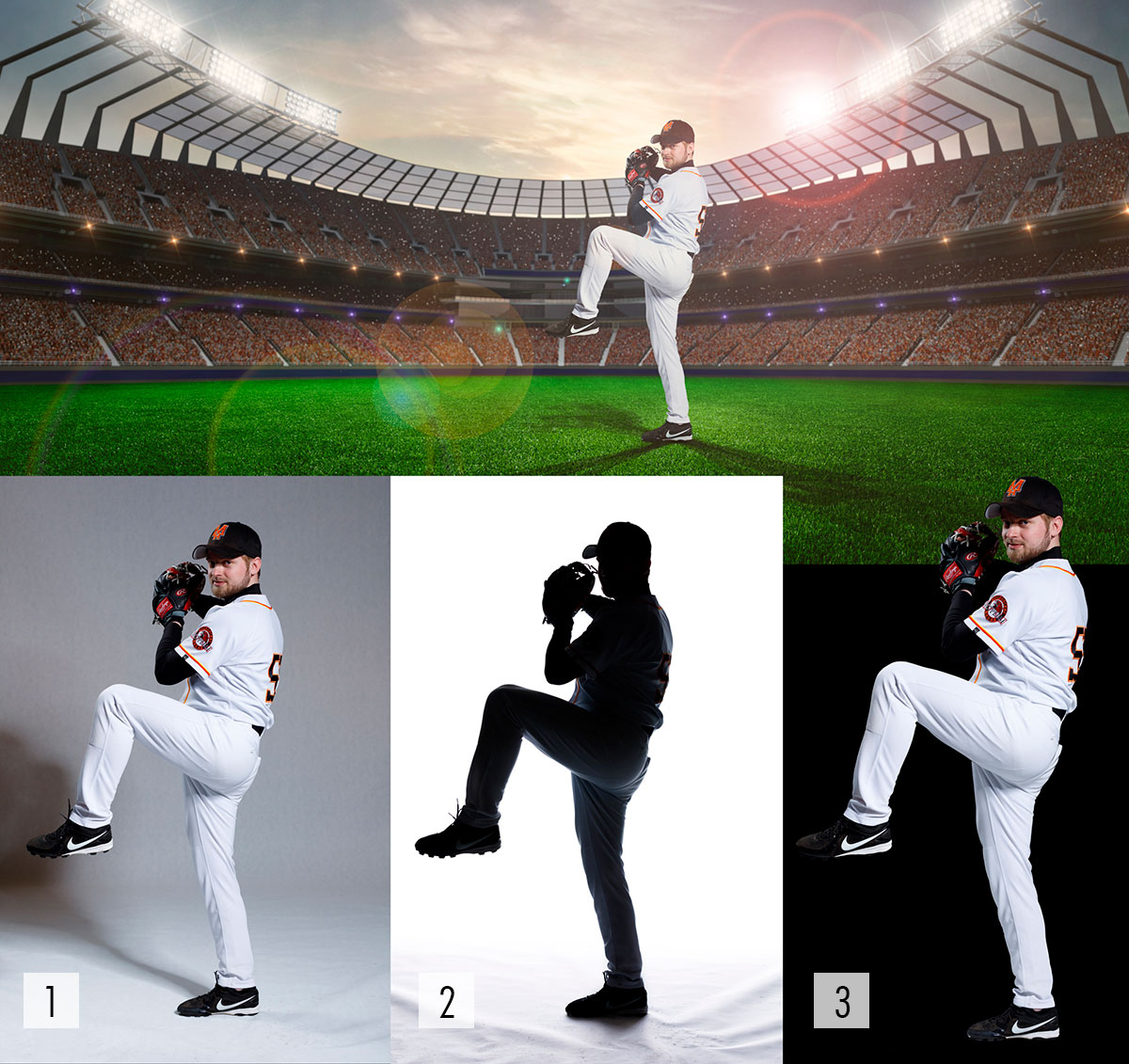 1 – In the first freemask exposure, only the motif is lit.
2 – In the second freemask exposure, only the background is lit.
3 – Now you are able to create a cut-out of the subject out of the two exposures. This you can do manually in your photo editing software, or you can let the optional Mask Integrator software by Picture Instruments do it for you automatically, even while shooting.

Learn more about the whole freemask workflow and how it works HERE on our website.

DOG PORTRAITS IN THE STUDIO

Alexander Khokhlov revealed in his masterclass the “Secrets of effectively shooting dog portraits with studio lighting”. He explained how it is possible – with the help of rather easy lighting solutions – to diversify the shot and add a bit of drama to the pet’s portrait. Alexander’s wife and partner in creativity – Veronica Ershova – was assisting him. 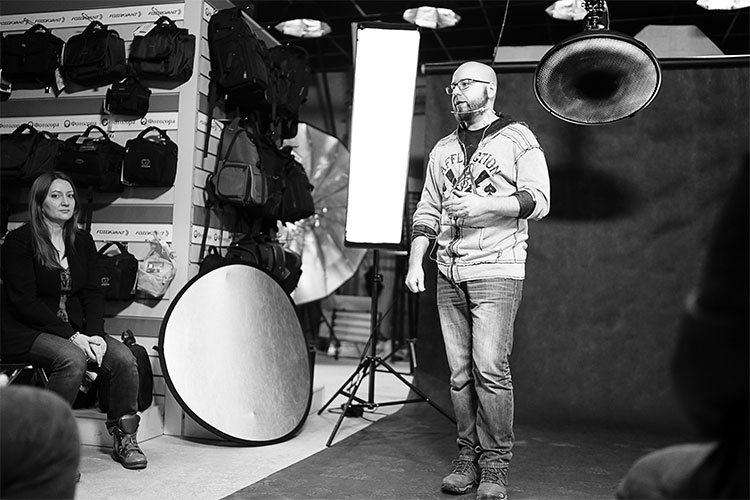 In the course of this masterclass, Alexander not only shared various lighting setups with his listeners, but also explained how to work with and make a model pose who constantly gets distracted from the shooting process and attemps to run away from the location.
As the model, a newfoundland dog called Pierre was invited, who in spite of such severe and serious looks turned out to be a very kind-hearted dog. 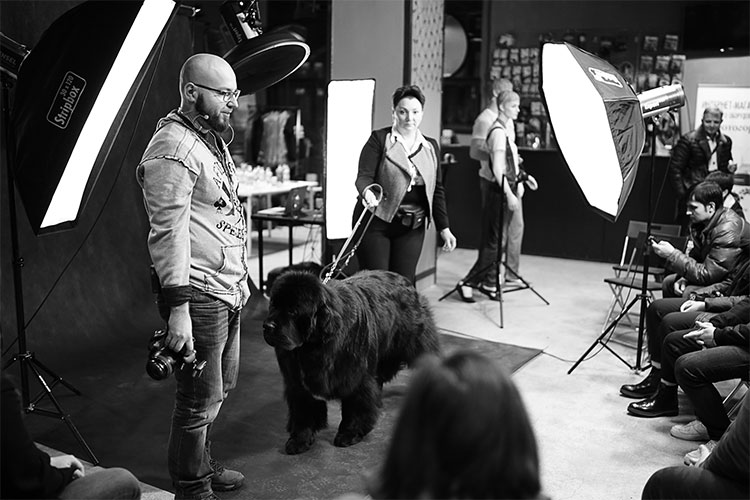 To attract the attention of the model on set, all possible measures were taken: sweets, biscuits, snapping fingers, mewing sounds, clapping hands, swishing of plastic bottles , as well as exclamations like “Kitty-Kitty!”, “Look here what we’ve got or we’ll eat it ourselves”, “Who is this good boy over there?” and many more audio-visual effects.
Pierre has proved to be a very good model and showed understanding of all the commands from the photographer and left the set only two times to quench his thirst. 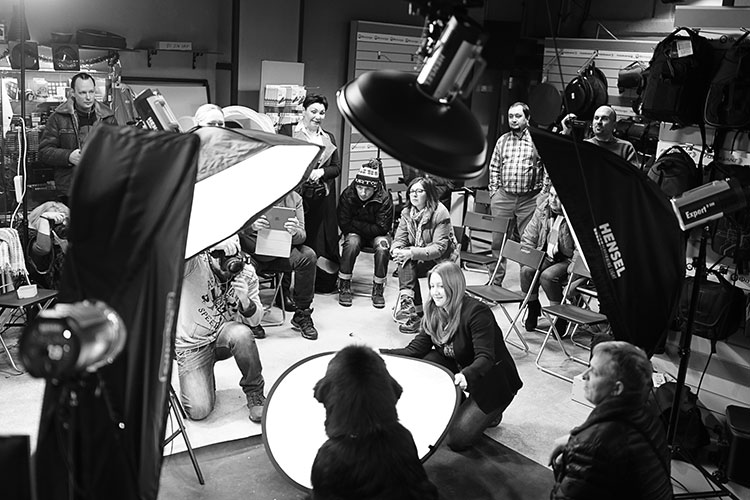 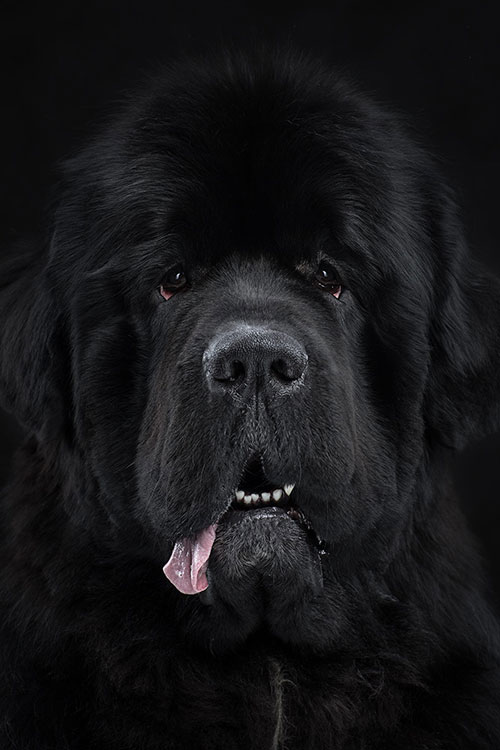 The following monolights and light shaping tools have been shown during the event:

During both masterclasses, the functions and advantages of the Hensel “WiFi Remote” radio remote and sync have been demonstrated. Learn more about WiFi Remote HERE.

Learn more about the two instructors on their websites: