Designer Eib Eibelshäuser from Germany brought our Porty L battery system to the beaches of the Baltic Sea and told us more about his way of shooting portraits on location:

“My idea was to photograph the person in his/her environment without being too influenced by ambient light. So I had to make sure that natural light would be largely blocked out. In this darkened surrounding, I was able to set the light just as I imagined with the portable Hensel flash system.” 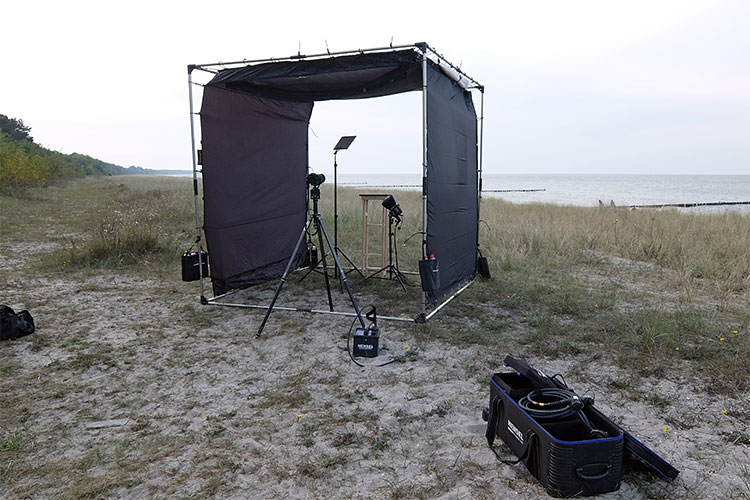 “Since I generally work with indirect light, I put a grid on the 7” reflector on the flash head. This kept interfering stray light away from the face of the model.
In combination with a small bounce card, the reflector with silver coating & grid provided an outstanding light. This way I could create just the right “glaze” of light.

The 40 Watt LED modeling light was bright enough to help place the point of light on the bounce card in an optimal way: For the actual shoot I didn’t need the modeling light anymore. The flash head itself is conveniently small and thus offers a very small contact surface for wind.
The maximum flash power of 1200 Ws was completely sufficient in combination with the ambient light.

With the help of my very own ‘posing aid’ I was able to ‘keep’ the model exactly in the light, even with different poses. This saved me from a lot of running around between camera and light, as well as it saves time when I want to shoot different models in the same light set-up. One more advantage of this aid is a relaxed standing position and the possibility to integrate the hands of the person into the photographic composition.” 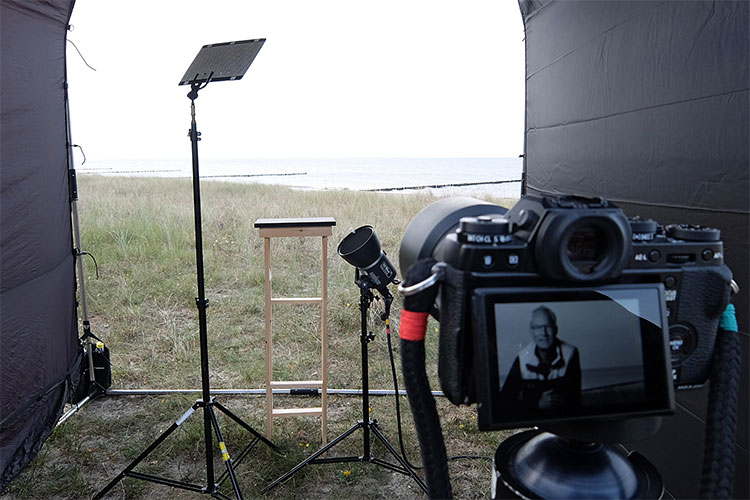 “The setting up and packing of the flash system is done very fast because of the easy operation of the devices, so it didn’t slow me down at all. A very nice detail here is the rectangularly designed flash head cable, which you can direct elegantly alongside the stand away from the head to the generator. Also the generously measured length of the cable provides good comfort while working.

All things considered, it is a very relaxed way of working on location. It felt like being in an indoor studio.” 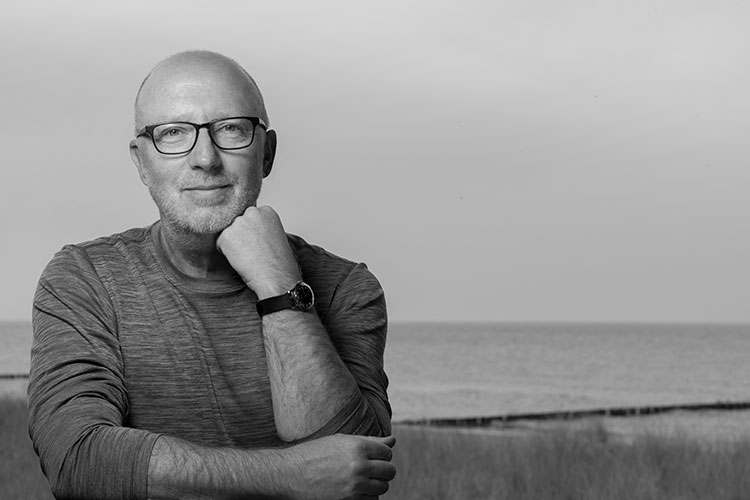 More about Eib and his way of photography: eib.de

Lighting equipment in use:

Back to overview Review: Hensel in the US | PhotoPlus Expo | Thank you Young old friends - Laura Heald on the road with Power Max L & Expert D 500