From the restaurant kitchen into the spotlight: Cooking-themed TV shows are as popular as ever, and the participating master chefs have acquired some kind of celebrity status shortly after entering the stage.

Michael Magulski, people and commercial photographer based in Germany, traveled through Germany, Austria and Switzerland this year to portray 28 of these cooks and to eternalize them in the cookbook and photo book “Kitchen Heroes”, among them big names like Alfons Schuhbeck, Johann Lafer, Léa Linster and Christian Rach.

Michael was already able to gain experience in shooting pro chefs while making his first book “The X Project”. For this he photographed 22 chefs from his home island Sylt during work and their favorite leisure time activities, but without the obligatory recipes.

This time though, culinary inspiration should also be included in the book, garnished with three black & white portraits each and a short profile.

THE WAY TO THE PORTRAIT

Since it would have been very difficult to invite nearly 30 super busy people in an acceptable period of time into the studio just for a few portraits, Michael decided to go on a road trip with his Hasselblad H6D-50 with Hcd 80mm 2.8 lens to shoot the cooks where he got the chance to.

All the portraits had to have the same style, so he had to precisely think about what the lighting setup should look like in advance. On top of that, he only had up to one hour to take the photos with each person, so the setup couldn’t be too complex.

The setup had to be…

Michael chose a one light setup with an Expert D 500 monolight, on which a 60 x 80 Softbox was installed as light modifier.
This combination was then attached to a boom stand so that he could place the monolight frontally and above the models. To lighten up shadows and to create eye reflections, he selected a foldable bouncer with a silver surface. A large, foldable bouncer with a black surface served as the mobile background.

With this compact setup he was ready for all situations, no matter if he had to shoot in a restaurant, in a hotel or even in a garage.
In addition to two classic, ‘serious’ portaits, the chefs were allowed to show their easygoing and humorous side in the third ‘Crazy Face’ portrait.

Here you can see a small selection from more than 80 final portraits: 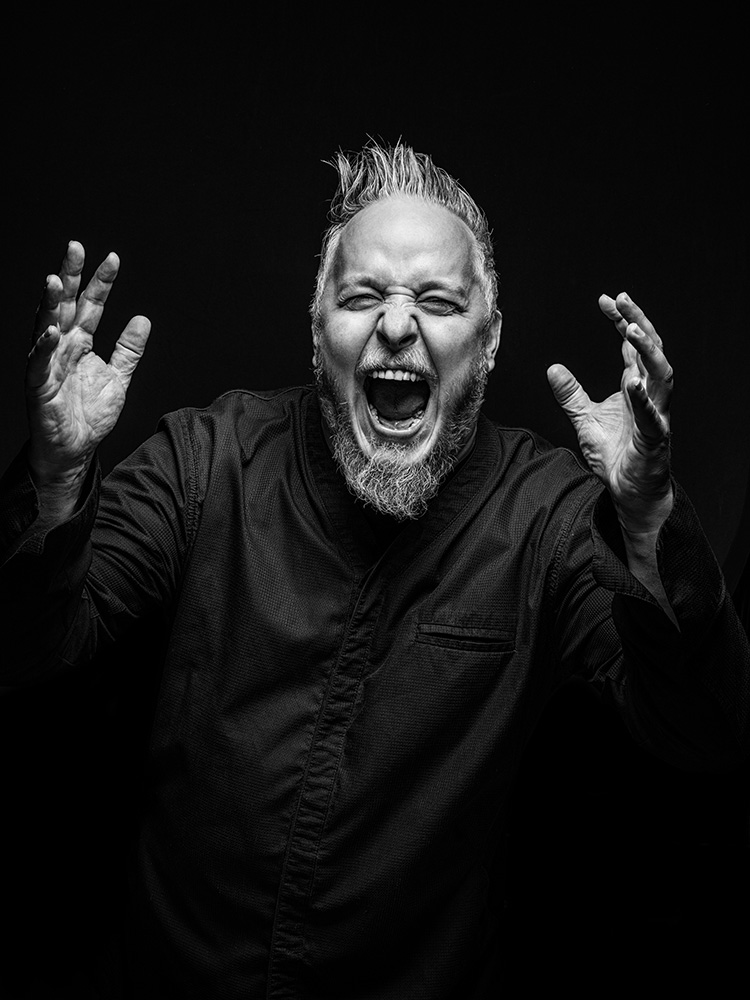 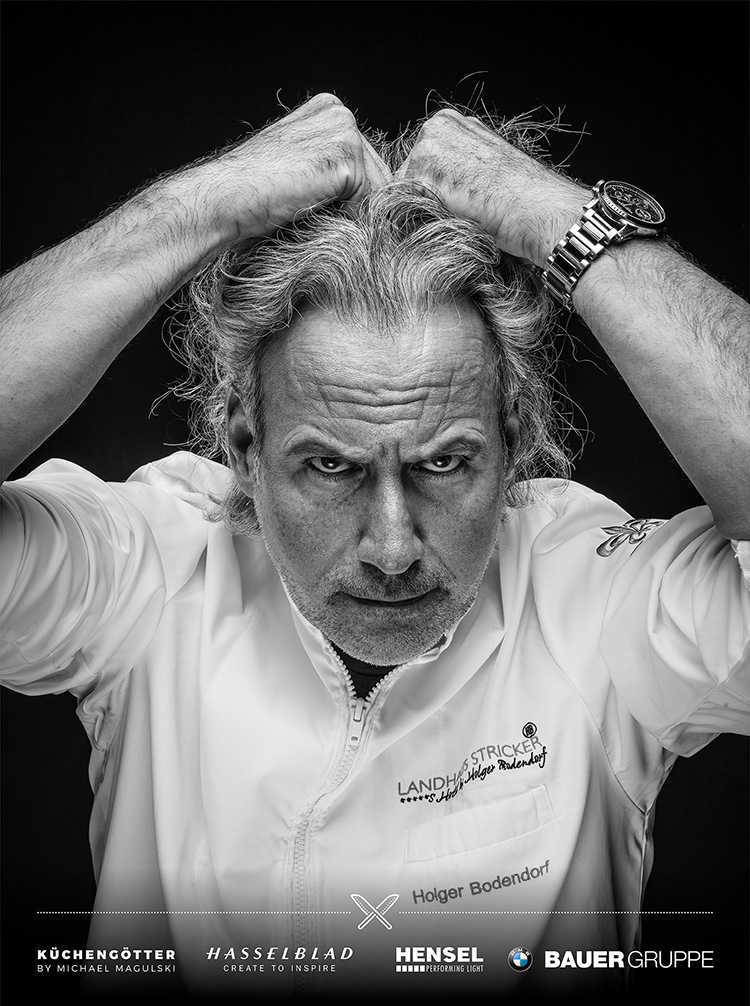 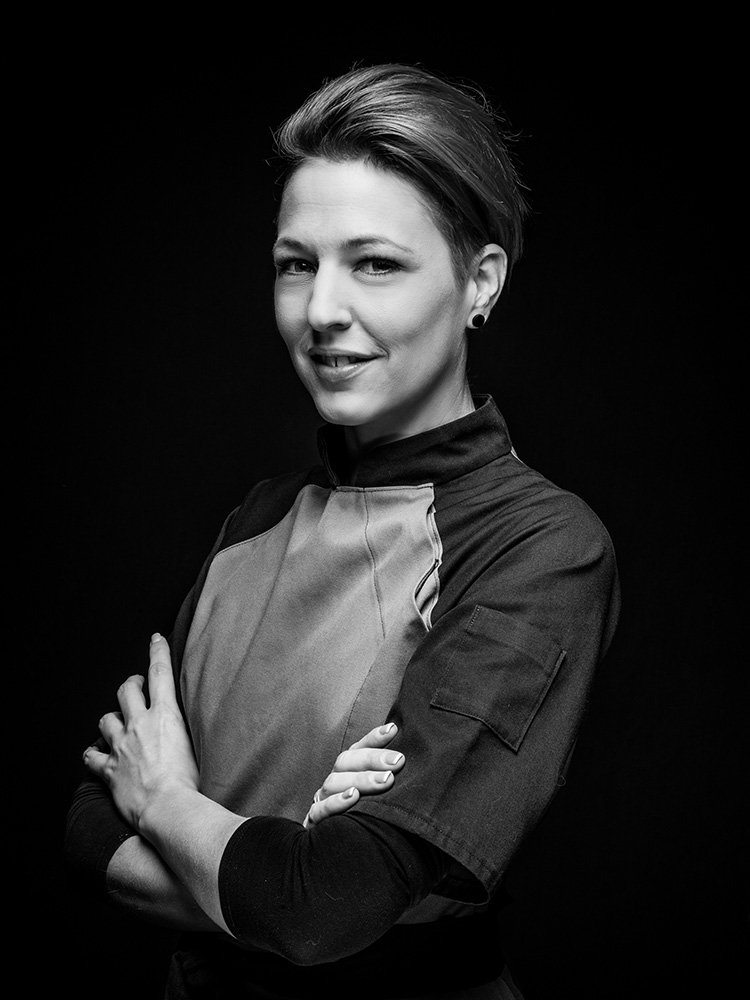 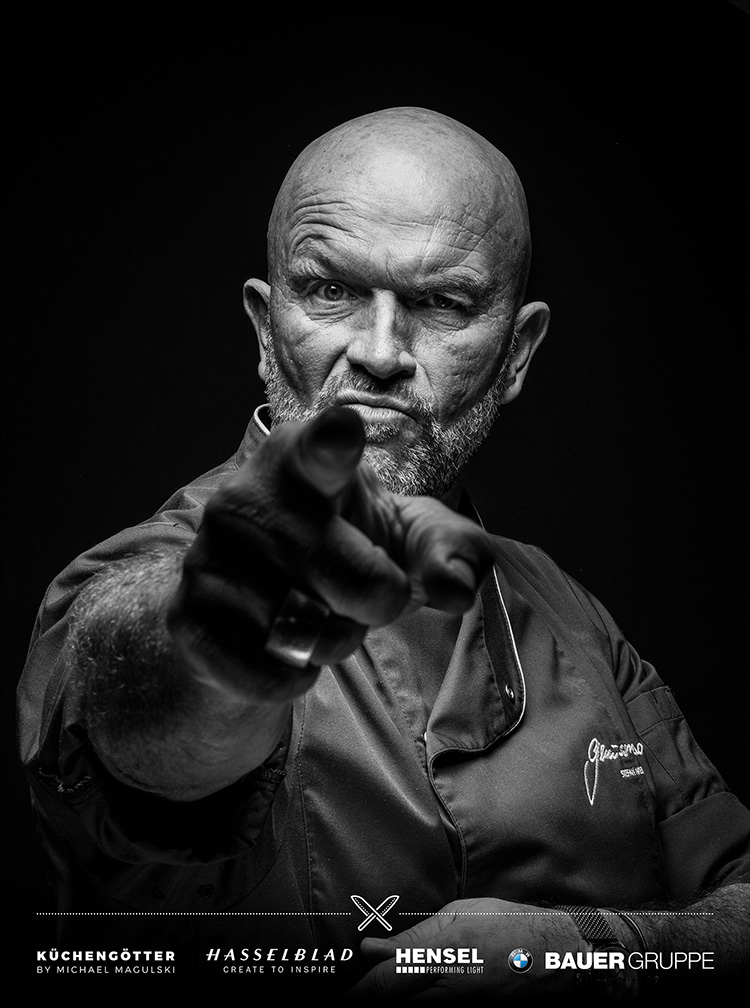 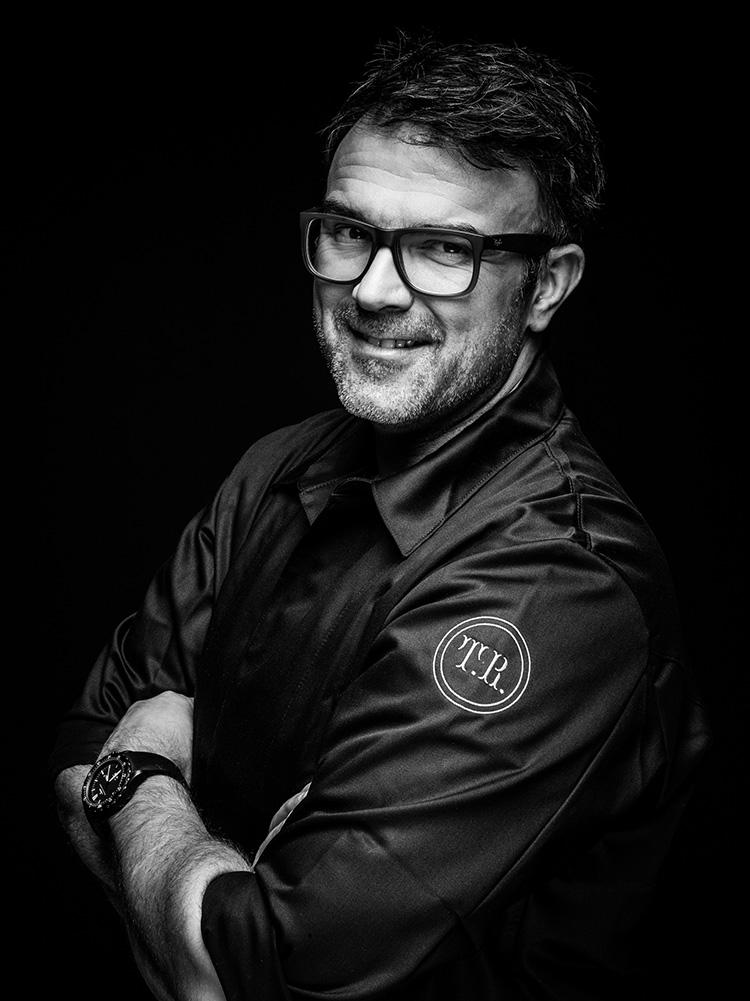 The finished book was released at “THE BIG BBQ” festival in Hamburg, take a look in the following video: